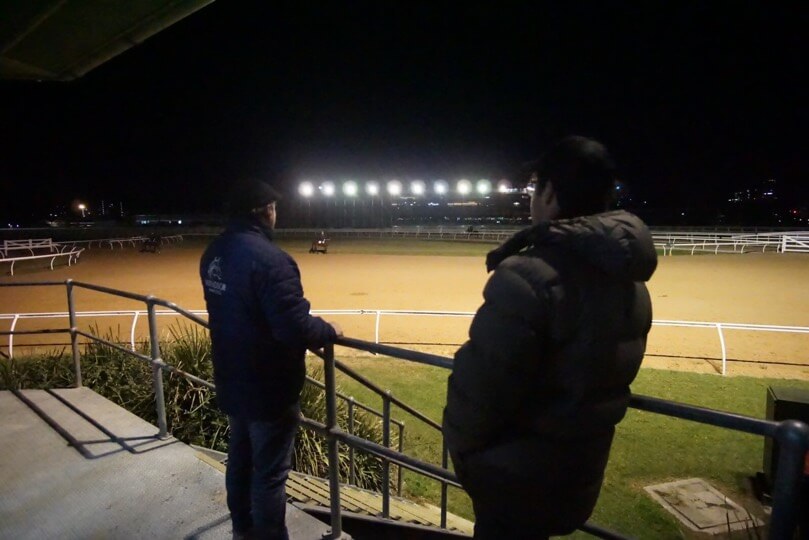 A new chapter in the Freedman family’s racing history will begin today with Richard and his 31-year-old son Will officially commencing their training partnership at Rosehill.

The decision to join forces comes as no surprise and continues the trend of great racing families working closely to survive and thrive in the cutthroat and highly competitive racing business.

“It’s been on the back burner ever since Will went training but was precipitated by Michael and I dissolving our partnership. It made sense and it’s good for Will. He’s done well in the country but when you are young you have to take the next step,” said Richard.

Two years ago Will ventured out on his own to train a small string of horses at Scone and in that relatively short period of time made a real fist of it preparing 44 winners.

He started with just eight in work and finished with a stable of 20 but realising growth beyond that in terms of the quality and quantity of stock was limited he felt it was time to head to the city and link up with his father.

“It’s exciting. It’s probably the right time in my career to step closer to Sydney. It was a really good experience at Scone.

“It’s a really good place to train but the only thing that gets a bit hard is syndicating more expensive bloodstock from a country environment. That’s where it was getting tough to take the next step in a trainer’s career,” explained Will.

He says that while he won’t miss the long country miles associated with being a bush trainer he will treasure the many great friendships he forged.

“I did have to go far and wide to get winners. There’s not a part of rural NSW I haven’t been to. I have a lot of respect for the country trainers and you need them to succeed for the betterment of the industry.”

Earlier in his life, Will, a kind young man, and a deep thinker didn’t harbour ambitions to be a racehorse trainer. In fact, music was very much his passion back then.

But, a desire and talent for training horses are in the Freedman DNA so it was probably always destined.

“I can’t say I ever encouraged him. I actually discouraged him but he decided of his own volition to do it and once they decide you get on board and help. It was always a decision he had to make.

“You can’t go in half-hearted and thinking this will be an easy way of life because it will never be,” said Richard.

That’s something Will is well aware of.

“It’s a lifestyle job training. It’s a love of labour as much as a labour of love. It’s a very rewarding career because the results of a horse trainer are obvious. You are either winning or you are not. That’s what I enjoy about it is working towards a finite result which is a win,” said Will.

Richard, who has been heavily involved with racehorses for 55 years, is looking forward to Will’s fresh injection of energy at Rosehill, where they have 36 boxes to train from.

“I think there’s a lot to be said for the energy of youth. They have the drive, desire, and all those things you like to think you have at an older age, but they have the physical capability to do more.

“The demands of training today are different to what they were 30 years ago. They are huge compared to then and the expectation from owners has increased and the level of administration required has increased. A lot of stuff is being offloaded onto the trainers that were once done by regulators and race clubs

“It’s a nine-headed beast being a trainer. You are in charge of everything from a sales and marketing department, to an admin department team, a horse welfare department, and a spelling department. It’s a very different business now.”

Two is better than one and training partnerships are certainly the way in racing now. More and more large-scale operations are opting to function in this way with each person bringing a different skill set and personality to the business.

“Will is a real people person which has been occasionally one of the criticisms of his own father and uncles who are a little bit prickly but he’s not, he’s very personable,” said Richard.

Being only early in the partnership don’t be expecting Richard and Will to be buying up a storm at the Inglis Australian Easter Yearling Sale which kicks off tomorrow.

“It’s hard when you are a new licence to be able to buy a lot of horses and syndicate them at a sale like that.”

All in good time. For now, their focus is firmly on getting the partnership well established.