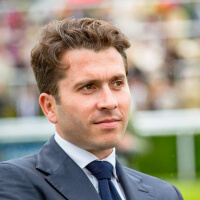 Sebastien Desmontils works in Nominations and Bloodstock at Al Shaqab’s Bouquetot in France. Prior to this role, Sebastien worked in Darley’s Dalham Hall Nominations Department where his responsibility was primarily the French market where he was required to sell stallion nominations and build relationships with French owners and breeders and be the communication channel between France and Darley’s UK and Irish stud offices.