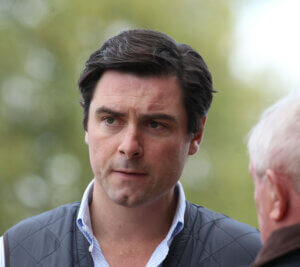 Mick Flanagan is a Bloodstock Agent from County Meath in Ireland. Graduating from Godolphin Flying Start in 2009 Mick joined Peter & Ross Doyle Bloodstock for a sales season before travelling to South Africa to work for Mike de Kock with his Johannesburg and Durban strings. Returning home to Ireland Mick worked as an agent for Dermot Farrington Bloodstock assisting Dermot at sales in Europe, America and Australia. Mick went out on his own as Townley Hall Bloodstock in March 2012 buying and selling horses on behalf of clients in Europe, USA, Australia, New Zealand and South Africa. He attends every sale in Europe; the yearling and foal sales at Keeneland and Fasig-Tipton; the Magic Millions sale on the Gold Coast, Australia; Karaka in New Zealand and South Africa’s National Yearling Sale in Johannesburg. More recently, Mick has taken on a role working in International Sales for Coolmore.