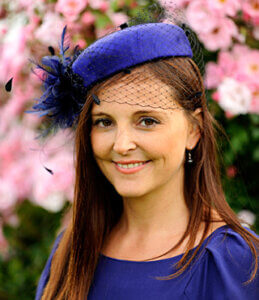 Gina Bryce is a freelance broadcaster based in the UK and works predominantly as a presenter for Sky Sports Racing as well as BBC5 Live and AtTheRaces. She works live on location at major racing events as a reporter, in addition to anchoring news shows in the studio and hosting race days and corporate events. While on Godolphin Flying Start, Gina decided to focus her career on media, and her first position after graduating was as a Marketing Executive at AtTheRaces, where she had the opportunity to occasionally present on air. After two years, Gina went freelance and became a regular presenter on the channel, as well as, being Race Day Host at Windsor Racecourse. She took up a role as Timeform Radio Host in 2011, and in 2012 became the Race Day Host for Newmarket Racecourse. She also joined the team at Channel 4 Racing in 2013.