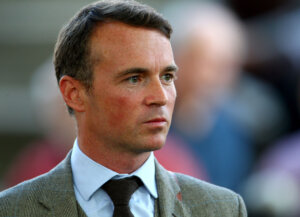 Francis-Henri Graffard is a public racehorse trainer based in Chantilly, France. He took out his trainer’s license in October 2011 with a stable of seven horses and is now and multiple Group 1 and Classic-winning trainer. Some of his most notable successes to date include Channel’s victory in the G1 Prix De Diane and In Swoop’s 2020 German Derby success, making Graffard the first French trainer to win the German Classic. After graduating Godolphin Flying Start, Francis continued to build his foundation to become a trainer with a few key roles. His first position after graduation was in the Darley Racing Office in the UK as English and French Representative. After four years, Francis returned to his native France in January 2009 to commence the position of Assistant Trainer to the legendary Alain de Royer Dupre. During his two years in this post, Francis assisted with the preparations of four G1 winners on three continents, including Melbourne Cup winner Americain and French Derby winner Reliable Man.