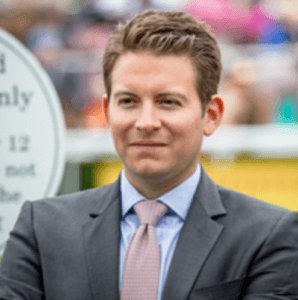 Benoit Jeffroy is the Stud Manager and Bloodstock Adviser at Haras de Bouquetot – Sheikh Joaan Al Thani’s stud farm located in Normandy, France. Upon graduating from Godolphin Flying Start in 2007, Benoit worked for five years at Darley’s Dalham Hall Stud in Newmarket, England. There, in his Nominations role he was responsible for selling stallion seasons and building relationships with breeders for Darley, particularly those based in France. At the same time Benoit developed his family’s broodmare band along with his brother and in 2009 bred a G1 winner in Never on Sunday.