Lindsay Schultz Hoping To Launch Her Training Career At Oaklawn 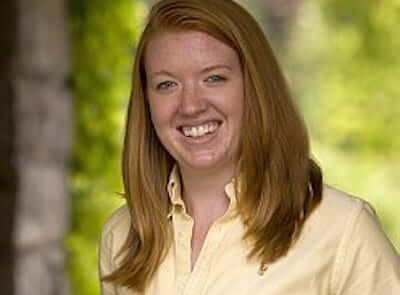 Roughly 20 months after Reeve McGaughey recorded his first career training victory at Oaklawn, another former assistant under Hall of Fame trainer Shug McGaughey will try to do the same during the 2021-2022 meeting that began Friday.

Lindsay Schultz, 33, has the resume to find the winner’s circle.

“She had a 4.0 GPA and was way smarter than I was,” Crow said Thursday afternoon. “I think she’s always wanted to train, but she’s kind of taken the route of wanting to learn everything before she went out on her own. I guess it’s not too late to go out on your own at 33. I feel like some people dive into it a little earlier, I guess.”

After graduating from Louisville in 2010, Schultz traveled the equine world through a two-year internship in Darley‘s Flying Start management training program, cut her teeth as a longtime assistant under Breeders’ Cup-winning trainer Tom Proctor and managed famed Glen Hill Farm in Florida before going to work for McGaughey – Reeve McGaughey’s father – in the fall of 2020.

Schultz decided earlier this year to go out on her own and landed at Oaklawn, where she has seven horses, including six for the ubiquitous Ten Strike Racing of founding partners Marshall Gramm and Arkansas native Clay Sanders. Ten Strike considers Oaklawn its home track.

“It’s a new place for me, but, look, I’ve been here for three or four days and everyone’s been so nice,” Schultz said after training hours last Saturday morning. “It seems pretty horse friendly. Definitely not without nerves, but I’m excited.”

Schultz has two scheduled starters Saturday at Oaklawn – Pepper Pike in the fifth race and Capture the Glory in the sixth race. Both horses are owned by Ten Strike, which, solely or in partnership, won 10 races last season at Oaklawn and campaigns millionaire multiple Grade 3 winner Warrior’s Charge.

Schultz had a brief business relationship with Ten Strike in late 2017, but considers Capture the Glory her first true starter after the Scat Daddy gelding ran in a starter-allowance sprint Nov. 12 at Churchill Downs. Ten Strike offers fractional ownership from lower-level claimers like Capture the Glory to graded-stakes types like Warrior’s Charge. Schultz met Gramm and Sanders through Crow, who is Ten Strike’s racing manager.

“Marshall gave her the chance when she went out on her own, to help them,” Schultz said. “Marshall always said, ‘Let me know when you’re thinking about going out on your own.’ He actually called me this summer and said, ‘Well, are you going to do it? Are you not going to do it? What’s going on?’ I said if you can help me, let’s do it.”

Schultz, on behalf of Ten Strike, began building her stable this fall through claims, taking Pepper Pike for $32,000 Oct. 14 at Keeneland and Capture the Glory for $10,000 Oct. 17 at Keeneland.

Asked her biggest takeaway learning the ropes under accomplished trainers like John Shirreffs during the Flying Start program, then Proctor and, ultimately, McGaughey, Schultz said: “Keeping it simple.”

“And trust your instincts,” Schultz said. “Tom would always say that to me.”

Schultz, who also walked hots for Hall of Fame trainer Nick Zito at Saratoga while attending Louisville, is among five Oaklawn-based trainers with horses on the grounds for Ten Strike. The others are 2020 Eclipse Award winner Brad Cox, Barkley, Combs and Randy Matthews. While Crow bleeds purple and black – Ten Strike’s stable colors – it’s personal with Schultz. She was maid of honor in Crow’s wedding and is godmother to Crow’s 9-month-old daughter, Ella.

“Obviously, there’s a little bit more,” Crow said. “She’s like family. I’m definitely rooting for her. It’s really exciting that she’s getting started with Ten Strike because they’re such a good ownership group. They’ve helped so many young people get started. That’s kind of what they enjoy doing. They helped me get started, so it’s kind of cool that they’re helping her as well.”