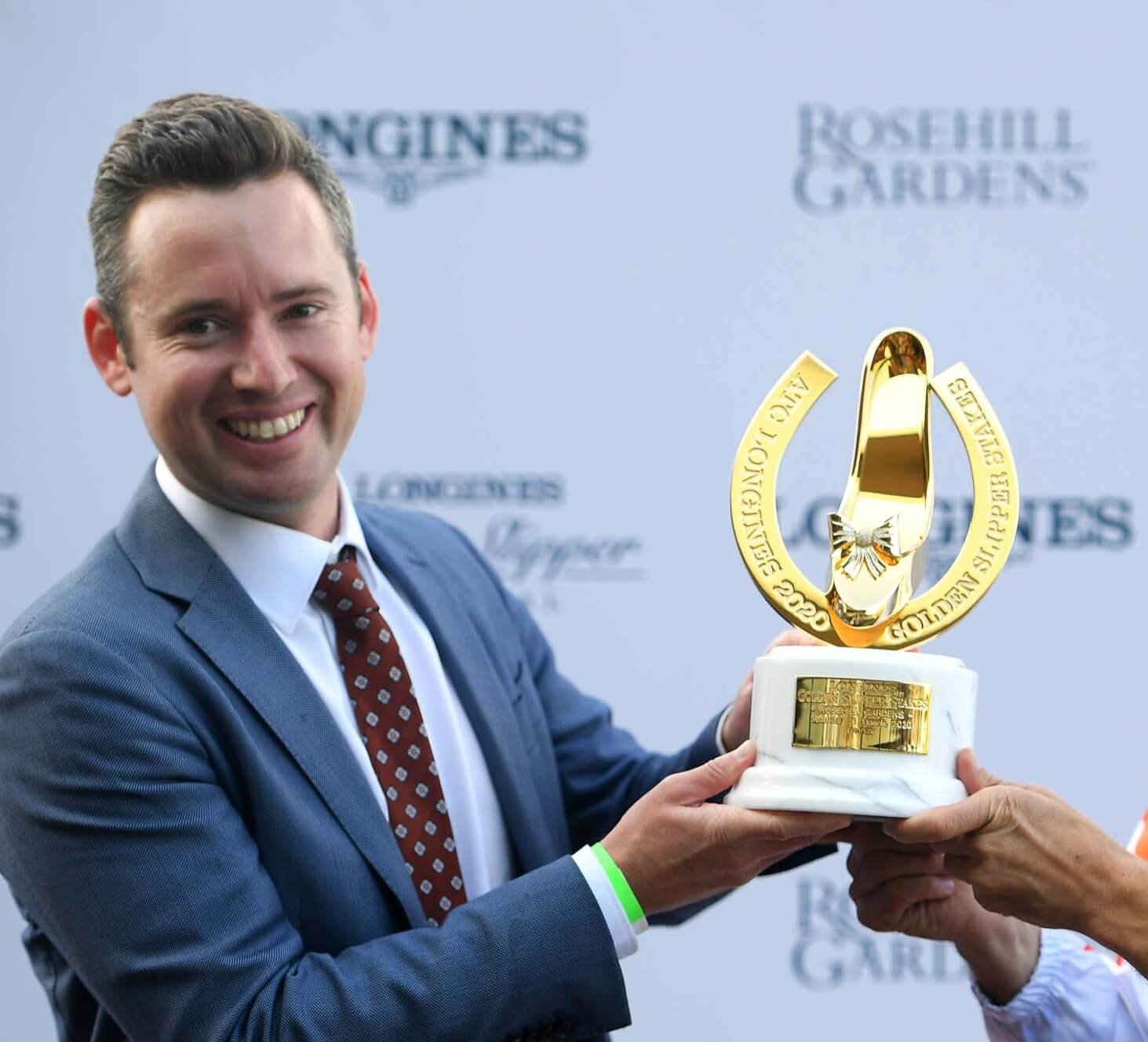 It was a case of another Saturday and another Group 1 winner for Gai Waterhouse and Adrian Bott, making it three on the bounce for the in-form training partnership, when Shout The Bar claimed a victory in the Group 1 Vinery Stud Stakes this weekend.

The daughter of Not A Single Doubt joined her stablemates, Group 1 Coolmore Classic winner Con Te Partiro and Group 1 Golden Slipper winner Farnan, in a three week winning streak at the highest level for the stable. With social distancing measures firmly in place, it is unlikely that the training duo will be “shouting” the actual bar any time soon, but with a Group 1 hattrick on the books they have plenty of reason to celebrate.

Of course any Group 1 winner is a cause for celebration but arguably, for a New South Wales resident involved in the Thoroughbred industry the Group 1 Golden Slipper remains the most coveted prize of all. Melbourne has the Cup, the Cox Plate and the Caulfield Cup but for Sydney it’s all about the Slipper.

Farnan’s victory last Saturday provided an historic seventh winner in the world’s richest two-year-old race for Gai Waterhouse but a first with Godolphin Flying Start graduate Adrian Bott’s name on the license and when speaking to The Australian newspaper after the race she commented;

“I just get such a kick because Adrian is involved. He was the first to put his hand up and come into the business and take it over from me and he’s just flying. He’s a very special young man.”

In an interview with Sky Racing, Bott said;

“These are the types of races that you dream of winning growing up and working alongside Gai with her incredible record in the race, you’re inspired to achieve that.

“It’s a unique feeling today, not being able to share that feeling with closest ones around you who support you through so much but I was able to have a quick conversation with them after the race.”

Keen to defer praise to the Aquis Farm and Phoenix Thoroughbred owned son of Not A Single Doubt, Bott continued:

“[Farnan] makes life easy for us. He’s a very special horse. He’s got all the qualities that you want to see in a top class racehorse.”

Growing up on the Hunter Valley’s Segenhoe Stud, Bott was always destined for a career in racing. Following a path that diverted him to Sydney University to study Computer Science, he then worked as a Steward for Racing New South Wales before completing Godolphin Flying Start in 2012.

Bott joined Gai Waterhouse’s stable as Assistant Racing Manager soon after graduating from Godolphin Flying Start and climbed up the ranks over a four year period to become her co-trainer in 2016. Things got off to a strong start when just a few months into their training partnership, Global Glamour brought home a Group 1 double within a seven day period but the purple patch they are enjoying at the moment must surely be the highlight so far.

As a popular member of the Godolphin Flying Start crop of 2012, praise for Bott was quick to flood in from fellow classmates following Farnan’s win and bloodstock agent Barry Lynch said;

“I was delighted for Adrian, an absolutely fantastic achievement. We spent two years on the Flying Start together so we got to know each other very very well and funnily enough, I’m not that surprised that he’s achieved so much success in a short period of time. He’s a very charismatic, hard-working and generally nice guy and he deserves every bit of success he’s getting. It’s superb!”

Matt Prior, Head of Tattersalls Ascot and Cheltenham Sales, added;

“I got a text message from Barry Lynch early on Saturday morning saying that Botty had won the Golden Slipper and I was over the moon for him. Barry, Adrian and myself all shared a house together in America – that’s where Adrian met his now wife, Jess – so yeah, it’s really special. Really special to see one of your pals go onto the big stage in racing and be a success. To me, all he was doing was fulfilling the star potential that he’d already shown anyway – I think he’d always had that magic about him. He’s just a thoroughly good bloke and works hard for it. I’m really pleased for him and I’m sure there’ll be plenty more of those big wins too.”

As Prior predicted, we only had to wait another seven days for the next “big win” to come in and from all at Godolphin Flying Start – we hope the streak continues!