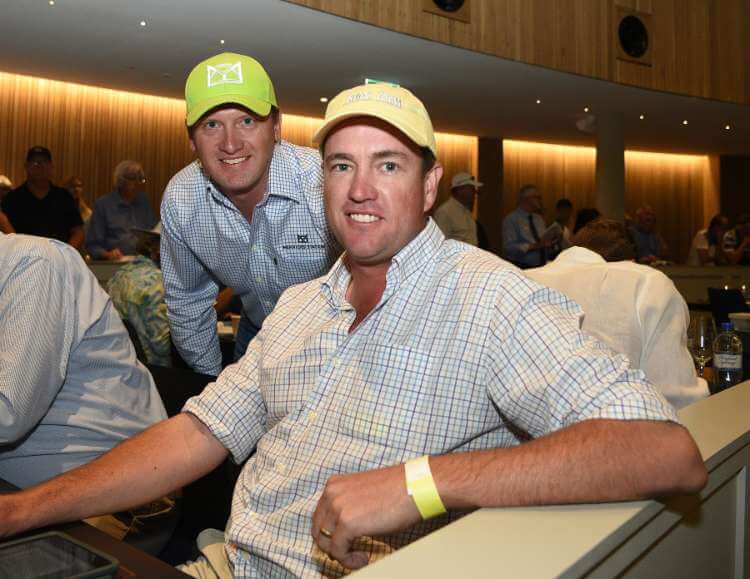 Craig Rounsefell of Boomer Bloodstock has led a three-month review of the Code of Ethics and membership criteria for the FBAA and won the required support of his member peers when presenting a proposal for a change to the existing standards late last week.

Subsequent to the successful vote on the implementation of the highest standard of practice of any bloodstock agent association in the world, a change of key roles was also confirmed with Rounsefell to assume the role of President, taking over from Grant Burns, while Dave Mee of Pinhook Bloodstock will be Vice-President and Louis Le Metayer of Astute Bloodstock will step in as Treasurer. Suman Hedge was appointed as a director.

Rounsefell said exemplary standards of transparency and ethical conduct were now demanded for investors across businesses in almost every industry, so it was time for the standards of the FBAA to be upgraded.

“The FBAA was set up 32 years ago and was well overdue for a solid review to bring it to the modern standard of ethics that clients expect of their representatives,” he told TDN AusNZ.

“A high level of accountability is what is rightfully expected of our industry, we thought the Australian federation should lead the way in setting best practice for bloodstock agents globally.

“We want to position ourselves at the highest point of integrity and ethical dealings in the horse business.” – Craig Rounsefell

“It was also time to conduct a thorough review of membership criteria that defines who is part of the group. The goal was to bring the membership group back to what the FBAA was originally set up for; those whose primary public-facing role is as an independent Australian-based bloodstock agent.”

Another key output of the review was a properly constructed means of redress in the case of a dispute involving an FBAA member. An independent Complaints Advisory Panel will be established to deal with such issues.

“It’s very important to create an environment where clients trust the FBAA brand by knowing that members are going to be held to account should an issue arise. Establishing this system served to create a proper process for making complaints and have it heard in an independent and fair manner,” Rounsefell said.

“This system served to create a proper process for making complaints and have it heard in an independent and fair manner.” – Craig Rounsefell

Areas for ethical complications that have been clearly addressed by the FBAA review include ownership disclosure, identifying potential of conflicts of interest, clear communication around commissions and confidentiality expectations, and a consistent standard of record-keeping. Members of the FBAA are subject to the Complaints Advisory Panel, and possible sanctions, should their behaviour be proved to not meet the required standards.

“To have every member held to this accountable high standard then puts pressure on those agents that aren’t part of the federation, because from an accountability sense, they are abiding by their own rules, while our members are required to uphold the highest standards in the world,” he said.

A desire to upgrade FBAA standards and conduct a thorough review of the FBAA membership criteria has been with Rounsefell for some time. The break in his usual schedule enforced by the COVID-19 pandemic gave him the required time to address the issue. 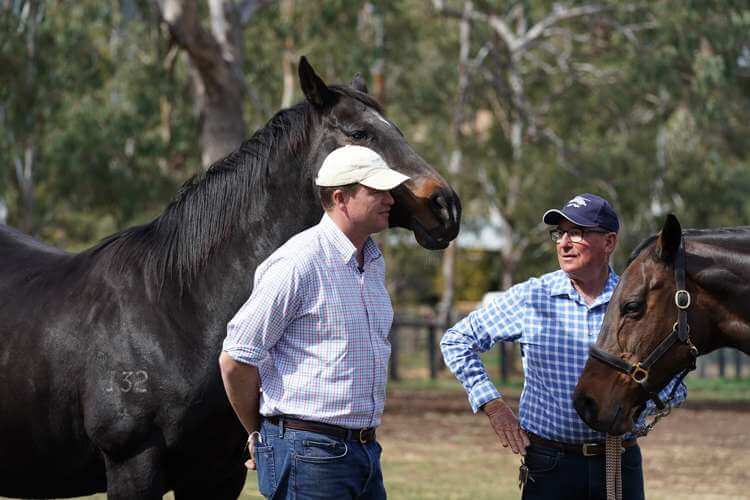 “It takes a significant amount of time and resources to conduct a review like this to the thorough standard it deserves, and given the current circumstances with COVID, I have had the time to invest.

“It’s a task that has been on my radar for a long time and given my usual American trips have been put on hold this year, I have been able to spend the last three months doing this properly by conducting comparative research to determine what best practice looks like,” he said.

“I’ve been able to look into all the relevant codes from around the world, comparing different associations in different industries and incorporate the findings into this one document. I’ve also undertaken significant consultation with leading figures in Australian racing and around the world, as well as many respected agents within the FBAA group.”

Among those external parties consulted on the changes were Godolphin Australia’s Managing Director Vin Cox, Arrowfield Chairman John Messara, Vinery General Manager Peter Orton, senior representatives of Magic Millions and Inglis, Hong Kong Jockey Club Executive Director of Racing Andrew Harding, as well as respected agents who are not currently members of the FBAA, such as John Foote, while Hamish Esplin provided his experience and insight as legal counsel.

The document was submitted for review ahead of a member vote last Friday, and the proposed changes won the ringing endorsement of the majority of the membership group.

“It was a fantastic representation by members. On the whole, it was an overwhelming success, 80 per cent of the vote was in favour. There were a few members that voted against, but it was a resounding result,” he said.

“It was a fantastic representation by members. On the whole, it was an overwhelming success, 80 per cent of the vote was in favour.” – Craig Rounsefell

“There was also a reshuffle of Board Directors going forward, a lot of the next generation have come in to take leadership responsibility. These are people that are very passionate about the same integrity issues I am, and agree we need to put ourselves in a clear space, operating to an accountable standard of ethics above anyone else transacting on horses in Australia.”

As newly elected President, Rounsefell is now in a position to oversee the full implementation of the new Code of Ethics as well as the establishment of the Complaints Advisory Panel.

“There will be changes ongoing in the future to ensure we remain relevant and up to date with the ever-changing innovations in the bloodstock world, and there is still more to do. But the big part of the work was lifting the Code of Ethics to a new standard and tightening the membership criteria.

“The membership group was getting a little broad, beyond independent bloodstock agents, and now it will narrow back down to better reflect the membership criteria the federation was originally setup for,” he said.

“There will be changes ongoing in the future and there is still more to do. But the big part was that Code of Ethics and some changes to the membership criteria.” – Craig Rounsefell

“A couple of current members will no longer meet the criteria and not be part of the federation moving forward, however for what the organisation was set up for, and for the common goals we have in the future, it was important the group was focused to best represent the role of independent bloodstock agents moving forward.

“It was also important this work was completed before the 2021 yearling sales season was underway, given the challenges COVID-19 travel presents and subsequent likely requirement of national and international buyers to utilise agent assistance.

“We will appoint the Complaints Advisory Panel and complete other minor required changes in the coming weeks, so we are ready to roll into Magic Millions in January. The major work has been done now and I was very excited that it was embraced by a clear majority of members.

“There is a real drive on the group to lift the standing and the presence of the FBAA. It’s exciting times!”