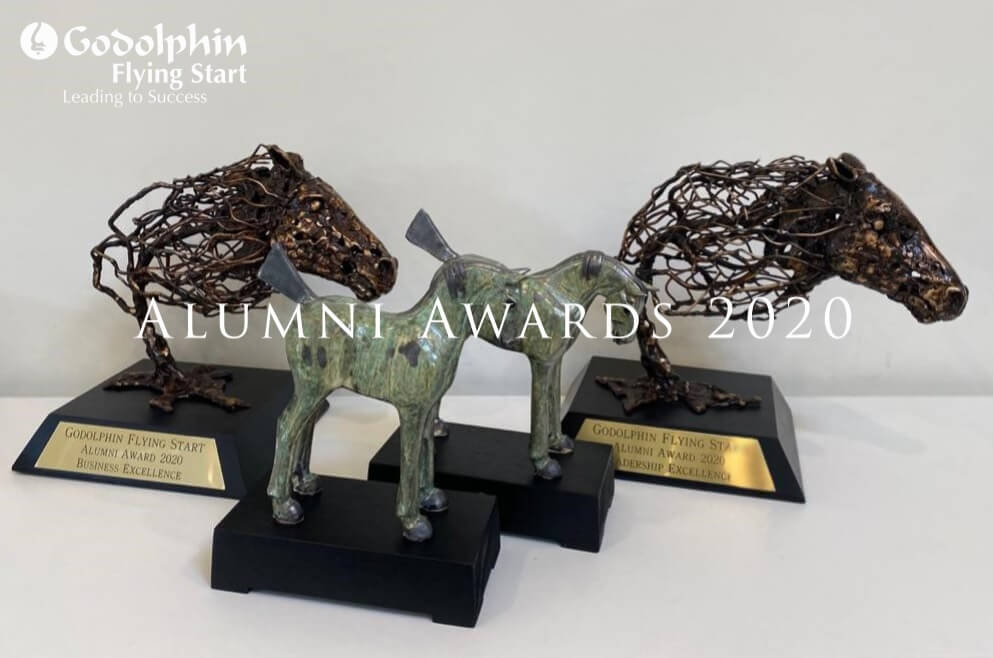 The 2020 Godolphin Flying Start Alumni Awards went ahead in a virtual setting. Originally planned to take place alongside the much-anticipated Alumni Conference in Dublin on June 24th which had to be cancelled as a result of the Coronavirus pandemic, the ceremony went ahead via Zoom Videoconference and was well-attended by many of the programme’s past graduates.

The Godolphin Flying Start Alumni Awards are peer-voted accolades aimed to recognise achievements among the network of 177 graduates. In addition to the already established Business and Leadership Excellence Awards, which in previous years have been won by Kate Galvin, Tom Morley, Francis Graffard, Gerry Duffy, Henry Field and Vicky Leonard, there were two new awards for 2020. These were the “Rising Star” Awards for Impact and Influence which are specifically for those who have graduated from the course from 2016 onwards.

The awards ceremony was opened by Joe Osborne, Managing Director of Godolphin Ireland, who said;

“It’s fantastic that these awards have been able to go ahead virtually and it’s a way that graduates are able to recognise the achievements of their peers. That’s exactly what Godolphin Flying Start was designed to do and it’s so gratifying to see awards like these taking place, to see His Highness Sheikh Mohammed’s vision from 2003 coming into fruition and graduates committing their careers to this great industry of ours.”

“These are peer voted, we had almost 100 votes from graduates this year. These are the players’ player awards, talented people voting for those that have been outstanding in their fields. They are coveted, rare and always deserving.”

The “Rising Star” Impact Award is for a newcomer who has had the greatest impact on their own or on their employer’s business since graduating, whether that be through innovation, culture change, business growth or diversification. Uniquely, this Alumni Award was split between two people, the equally deserving UK-based business partners Mimi Wadham and Violet Hesketh.

Wadham and Hesketh graduated from the course in 2016 and set up their joint venture WH Bloodstock within two years, offering preparation and consigning services, as well as, breaking-in, pre-training and spelling from their Hampshire base. The first yearling they consigned under the WH Bloodstock banner in 2018 was sold at Goffs UK Premier Sale for £110,000 having been pinhooked by them as a foal for 35,000gns. Since then they have achieved many other notable highlights in the sales ring including the sale of a Showcasing colt out of Crystal Gal at Book 1 of the Tattersalls October Yearling Sale for 650,000gns.

Taking a break from the sales in Newmarket and accepting the award over Zoom, Hesketh said;

“I feel honoured and very surprised and it’s great for both of us to be able to win it together. It’s fantastic!”

“We’re relieved that it’s both of us who have won and not just one – that would have been awkward! We’re touched and thrilled to be voted in by fellow graduates. It really means a lot to us both.”

The “Rising Star” Influence Award is for the graduate who has shown greatest leadership or example to others in the industry. This includes changing an aspect of the industry for the better or making improvements where others have been unable to before through supporting or initiating community, charity or industry initiatives. 2018 graduate, Madison Scott, was the worthy recipient of this accolade. Scott works for Solis/Litt Bloodstock in Kentucky but is also Co-Founder, alongside current Godolphin Flying Start Second Year Trainee Annise Montplaisir, of Amplify Horse Racing.

Launched in 2019, Amplify is a US-based initiative aimed at welcoming and educating newcomers to the Thoroughbred industry while collaborating with existing initiatives and promoting opportunities for involvement. Amplify has already received a huge amount of traction since its inception in 2019 and on receiving the award, Scott said;

“This award is voted for by your peers which is probably the most meaningful accolade that anyone could give you. Your peers are quite often your harshest critics so it’s very special that anyone would even think of me for this, let alone to get enough votes to actually win it. So thank you everyone, I really appreciate it.”

The Business Excellence Award applies to those who own or manage a business and have shown entrepreneurial spirit, strong financial performance and strategic direction in doing so. A resounding winner of this year’s award was Australian-based trainer Adrian Bott who, upon graduating from Godolphin Flying Start in 2012, joined Gai Waterhouse’s stable as Assistant Racing Manager and by 2016 became her Co-Trainer. Since then Gai Waterhouse and Adrian Bott Racing have enjoyed numerous successes at the highest level including this year’s G1 Golden Slipper winner, Farnan.

Bott was presented with the award by previous winner Henry Field and said;

“I’m very honoured to be receiving this award from a previous recipient. Henry’s been an absolute inspiration to me in pushing forward with the business. Thank you to everyone who voted for me to win this award – it’s very much appreciated.”

The final award is for Leadership Excellence and applies to strong leaders who have demonstrated a unique ability to build and articulate a vision, inspire collaboration and co-operation in others, and implement strategies and change.

Filling that description almost entirely is Cathal Beale who, as voted for by his peers, won the award. Beale graduated from the programme in 2009 and spent seven years as Assistant Manager at Forenaughts Stud before taking up the role as CEO of the Irish National Stud in 2018. In his current position, Beale has upheld the excellent reputation of the stud and become a great mentor to others through his warmth and incomparable people skills. He has shown great decision-making ability and clear vision whilst maintaining a very grounded approach to leadership.

Beale received the award from Joe Osborne, in person at the Irish National Stud, and said;

“Wow! Joe was here just an hour ago looking at some stock and never said anything, so to say I’m shocked is an understatement. I’m very humbled, very moved and I was listening to the description wondering who it could be and then when Clodagh said Irish National Stud I realised, ‘Oh, it’s me!’. What a huge honour and thank you to all the nice people who said all those nice things. It’s very humbling. Thank you all.”